Should you just go bald gracefully? 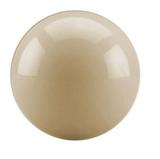 Whatever age a guy starts losing his hair, once he comes to grips to what is going on he will at least once consider just shaving the area clean. For some guys, this is a great idea. Some guys can certainly get away with the whole “clean-shaven look” better than others. Confidence has lots to do with pulling this look off, too. No matter what is on your head, confidence is always going to be a large consideration in how others view you. Letting the hair do as it may is another option. After all, plenty of guys do it for one reason or another. Some contend that hair just isn’t important enough to worry too much about. Some just don’t want to deal with the hassle of finding the “right” hair loss treatments that are available. With all of the scams and snake oil salesmen in the industry, who can blame them?

No matter what the reason, going bald gracefully takes guts. It takes even more guts if the guy doing it is relatively young. However, it’s no picnic for any guy at any age, especially if he is surrounded by other guys his age that have plenty of hair left.

With the positives come the negatives. One of which is the future. What if, one day you change your mind about it later? Now, I do not ask this question to instill fear into you, but I feel that it is important to consider. The hair you could want then could be the hair you could have saved today.
With hair loss treatments advancing seemingly every day and becoming more affordable, sometimes it is worth the investment to at least keep the hair that you have. If nothing is done, hair will continue to thin until it reaches the genetically predetermined point at which it is designed to stop. For some guys, that point is a Norwood 2. For others, the hair will continue to thin until there is none left. As of right now, there is no real way to guarantee where you will end up.

Taking up a regimen that will help you keep what you have and possibly regrow some of what you lost can be relatively inexpensive, compared to just a few years ago.

If you are considering just “bic”ing the area (meaning shaving it to the skin) consider this: any time hair is ravaged by DHT, it does not simply fall out. It first dwindles in size and becomes more transparent in color. While it may seem that these hairs are no longer useful, they actually still serve a very important purpose. These hairs still serve as “filler hair” in that from far away, thousands of them add body and density to the hair. Now, when you shave the head, those hairs are more than likely gone forever. It is true that they would have eventually jumped ship anyway, but while they were here they served the very useful purpose of adding coverage and density to the thinning hair. Additionally, medications could have potentially revived those tiny hairs back to what are known as “terminal hairs” – hair that is healthy, has correct pigment, and grows unobstructed.

Finally, as said before, there are plenty of guys that pull off the balding look. Some better than others, obviously.Guys with larger, more muscular builds tend to get away with it better than svelte guys. Additionally, guys with darker skin tones tend to get away with it better than their fair-skinned counterparts. This is kind of a double-edged sword considering that statistically, fair-skinned guys are more likely to bald. You don’t have to be a biker or pro basketball player to pull off the shaved-head look, though. Here are some great examples of some Hollywood guys that pull it off with flying colors: 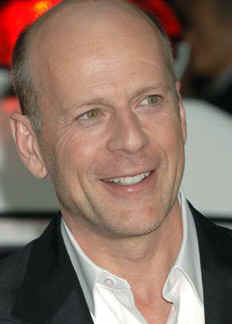 And those are just a few.

A successful hair restoration medicinal regimen takes a little money and a lot of dedication but it can certainly help you hold on to the hair you have left and may even help you regrow what you lost. When making your decision as to whether you want to hold on to your hair or just let it go gracefully, consider how important it is to you now. Do you think about it often or just shrug it off? Does it bother you if/when someone comments on it or do you not mind at all? Your decision should come “from the inside out” in that it should come from how you think about your hair loss.

How Many Grafts Do I Need To Get A Dense Hair Transplant?