When are Hair Transplants Appropriate in a Balding Crown?

This hair loss question was posted directly to Dr. Raymond Konior of Chicago, IL,  who is a member of the Coalition of Independent Hair Restoration Physicians.   See his professional answer below.

At what age and degree of hair loss is it appropriate to transplant a patient’s crown? 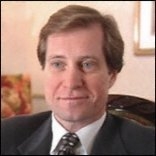 The crown has been described as the “black hole” of the scalp. Based on that, I believe a very large percentage of patients seeking hair restoration should avoid grafting into the crown region, especially young men in whom it is often impossible to determine how far the pattern will progress. This recommendation is based on the finite nature of donor supply and on the progressive nature of male pattern balding, i.e. there is an imbalance between supply and demand. The fact of the matter, however, is that despite prolonged and detailed consultative discussion relating to the risks and limitations of grafting the crown, many men are still adamant about obtaining some crown coverage. Although it is difficult to predict with absolute certainty everyone who is a rock solid candidate, it is possible to weed out the majority of poor candidates and to institute a safe grafting strategy which will avoid future problems for most patients 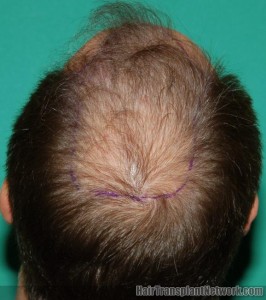 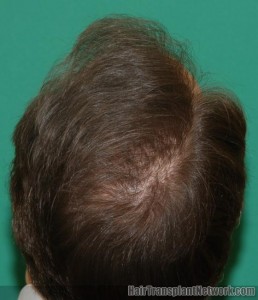 The 34 year old patient above was originally advised during consultation to focus grafting into the front half of the balding zone – more in an attempt to maximize density in the cosmetically important frontal hairline than out of fear of his future progression to an unmanageable advanced hair loss pattern. On the morning of his hair transplant surgery, however, he requested some crown coverage after deciding that an overall greater coverage of the entire balding region with lower density was more acceptable to him than focusing exclusively on the frontal region. His examination indicated to me that he was a decent candidate for a conservative crown restoration. The grafting strategy took into consideration his potential for future fringe thinning by managing the graft size and density distribution so as to create a relatively low net density in the crown – one that should never look out of place if the surrounding hair happens to miniaturize. He has excellent hair characteristics in terms of hair texture, color and caliber which facilitate the “illusion” of density and produce a nice cosmetic change in the crown. He also has a tremendous donor area – great density, excellent elasticity, ideal healing properties and plenty of graft reserves.

Does Propecia (finasteride) for Hair Loss Cause Permanent Sexual Side Effects? How Well Does a Trichophytic Incision Closure Hide a Hair Transplant Scar?