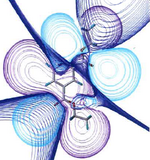 French cosmetics giant L’Oreal is well known for its hair color, skin care, make-up, perfumes and hair care products. But, if the world’s largest cosmetics and beauty company succeeds in its most recent endeavor, it may soon be known as a leader in the field of hair loss treatments with the release of a new product called “Neogenic”.

Hair loss affects millions of men and women worldwide. While thinning hair can be the result of many factors including illness, medication, trauma and even stress, most often it is caused by a genetic condition known as androgenic alopecia. Recently, scientists discovered that people who are going bald still have a full head of viable hair follicles that have effectively “gone to sleep”. In other words, these follicles still have the potential to regrow hair but have fallen into a permanent rest cycle. The trick has been learning how to wake them up again and Neogenic promises to do just that.

According to L’Oreal’s research, the key to healthy hair growth lies in maintaining a low oxygen environment (hypoxia) for the CD34+ stem cells located deep within the skin. This reservoir of stem cells and another near the skin’s surface are responsible for creating new hair. In balding men and women, the oxygen levels in the CD34+ layer are increased causing the follicles to work less efficiently and eventually stop producing hair.

Neogenic will initially be offered in a lotion carrying a patented molecule called stemoxydine (see image at top right) that has to ability to mimic this low oxygen environment and return the ailing follicles to a healthier state. Plans to release later versions in shampoo and mousse form are also in the works.

Unfortunately, even if Neogenic proves as effective as hoped, it may not be able to delay the balding process forever and eventually the hair follicles may once again lose the ability to make new hair. Thus, it should be viewed as one more potential weapon in the fight against baldness and not a cure.

While L’Oreal’s Neogenic may or may not prove to be an innovative step in treating hair loss, balding individuals are still advised to stick to proven drug treatments like Propecia (finasteride) and Rogaine (minoxidil) in order to maintain and regrow hair until more effective treatments are developed.