What Causes Hair Loss? History of Treatments and Today’s Solutions

In this article, recommended hair transplant surgeon Dr. Parsa Mohebi shares his expert knowledge about the history of hair restoration surgery and the causes of hair loss.

The vast majority of men will indeed suffer hair loss to varying degrees throughout their lifetime. Even men who seem to have a fuller head of hair may have hair loss that comes from maturing of the hairline as they progress into their senior years.  Women lose their hair at a clinical level far less than men. The causes of female hair loss vary more. However, like men, they can benefit from the outstanding developments in modern hair restoration and hair transplantation.

The earliest known medical records of hair transplants to treat alopecia (baldness) were published in Wurzburg Germany more than 180 years ago. A medical student named, Diffenbach, recorded assisting a Professor Dom Unger in hair transplant experiments on animals and humans in his medical journal.

In the 19th Century male pattern baldness [MPB] garnered a great deal of attention. Newspapers carried advertising for concoctions, lotions and ointments claiming to do everything from curing cancer to putting hair back on a bald scalp.  The ‘peddler’ famous in western lore sold all-purpose tonic for all types of illness including hair loss.

The early 20th century; from the 1930s and 1940s, gave birth to the modern surgical procedures of hair transplantation through research and experimentation in Japan.  The work of Dr. S. Okuda, a Japanese dermatologist, conducted in 1939 became well known post World War II.  Okuda’s records described the use of full-thickness grafts of hair-bearing skin from hair-bearing areas to hairless areas to correct hair loss on the scalp, eyebrows and the upper lip.

Okuda’s 200 plus patients were mostly treated for traumatic alopecia; his technique was almost identical to that first reported twenty years later in the United States for treatment of MPB or androgenetic alopecia. Other Japanese surgeons reported successful hair transplantation to areas of the body other than the scalp throughout the 1940s and 1950s; as with Dr. Okuda’s reports, these were written in Japanese and were not seen outside Japan for many years.

The modern shape of hair restoration took place in 1959 with a paper from Norman Orentreich, MD. The paper presented a hair transplantation technique.  Importantly it also introduced a physiologic basis for successful hair transplantation. This was the concept of “donor dominance” and “recipient dominance”.

A half century later in the 21st century, hair restoration with the advancements in today’s hair transplantation procedures, is one of the fastest growing elective cosmetic surgeries. Innovations in micro-grafting procedures, instrumentation and medication are providing hair loss suffers with natural, proven, permanent solutions.

The Cause of Hair Loss

Despite the many urban myths and wives’ tales on the causes of hair loss, balding is directly related to hormones. One hormone dihydrotestosterone (DHT) is the culprit. DHT is formed as a result of testosterone in areas like the prostate gland or hair follicles, which the body then metabolically converts to DHT. DHT has an adverse effect on hair follicles that are prone to genetic male patterned baldness. This is because these particular follicles contain DHT receptors; the resulting action is usually what is medically termed miniaturization of the hair. In lay terms, “thinning hair” or “balding”.

Over time, men produce an abundance of DHT and the molecules affect their hair follicles and cause a decrease in size, and eventually see their natural hair fall out permanently. Because of this common occurrence, hair loss in men is frequent.

DHT and hair loss from having the gene for male pattern baldness are the most common factors for this condition. Women suffering from female pattern baldness, unlike their male counterparts, are not usually characterized by higher production rates of DHT from lower levels of testosterone. On the other hand, if for a number of possible reasons, a woman has increased testosterone, she can develop female patterned baldness like a man does through the same mechanism. There are some significant differences in hair loss with women. These differences will be discussed in Part II of this article series.

Areas of the scalp prone to MPB are : Corners, top, and crown are filled with DHT receptors in men who suffer androgenic alopecia The hair on donor areas such as back and sides, however, have fewer DHT receptors.  This is precisely why hair is more permanent on the sides and back and not the top and front.

The distinction in the hair quality of different areas, such as the donor and recipient areas, allows for hair transplant surgeons to remove the hair from one area and transplant it to the bald portions of the scalp.  These newly transplanted hairs are permanent and immune to DHT. Propecia (finasteride) is a drug which blocks the conversion of testosterone to DHT as a result of it blocking the enzyme alpha reductase.  The amount of DHT in hair loss patients decrease when they are on Propecia and this helps to maintain healthy hair, and also helps some of the miniaturized hair become stronger.

Understanding the Effects of DHT

Dihydrotestosterone (DHT) is a metabolite of the hormone testosterone, formed primarily in the prostate gland and hair follicles.  Hair follicles contain DHT receptors.  Over time, as males produce more and more DHT, the DHT molecules cause hair follicles to miniaturize and eventually fall out permanently.  Genetically, some males have more hair follicles with these receptors than others. 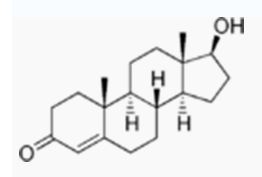 Hair in the crown and top of the head is usually loaded with these receptors in men with male pattern baldness.  But the hair on the sides and the back, termed the donor area, is not affected by DHT.   This allows hair restoration surgeons to transplant hair from this donor area into the frontal area without fear of it falling out.  These transplanted hairs are permanent.

Propecia is a drug which stops DHT by blocking the enzyme that creates DHT.  This is how Propecia is effective in treating hair loss.  Hair loss patients will decrease levels of DHT when they are on Propecia and this will help maintain and un-miniaturize hair follicles.

At US Hair Restoration we often recommend medical treatment with DHT blockers in many of our patients who undergo hair transplantation in order to help maintain their own hair in addition to the newly restored, formerly balding areas.

Hair Restoration Is Nothing to Be Embarrassed About

Oftentimes our US Hair Restoration offices receive calls and emails from individuals who are ashamed that they need a hair restoration and want to hide the fact they contacted us for advice. We are very sensitive to the needs of each individual who seeks our help. We provide encouragement to our patients, as well as give them new hope, confidence, and a fresh perception of how their suffering can be alleviated.

Modern technology has provided our society with capabilities we did not have 50 years ago. A parallel example is the loss of vision typical with age as is hair loss.

People with vision problems, had the disadvantage of wearing glasses. Although there are contact lenses as well, there is still a dependence upon outside tools for sight, which can be inconvenient. After many years, LASIK vision correction was pioneered. Over the years its enhanced development has solved this stubborn problem of fading eyesight for millions of people.

If someone chooses to undergo a LASIK procedure, does it make them an insecure person? Not in the least! Rather, they are using their resources to correct a medical problem and look their best.

Modern medical and technological advancements provide similar relief for hair loss sufferers. One day we hope the stigma of addressing hair loss through medical treatment lessens its impact on people who suffer from baldness.

US Hair Restoration Centers use the latest technologies available when providing our patients with a permanent natural treatment for their hair loss. Many of these advancements were not even available 10 years ago.

The question to ask is, why not use it? Thousands are doing it every year with excellent results, and nobody is concerned if their hair is native or transplanted.

Hair loss is a disease, a common one, and like any other diseases there are treatments for it. People no longer have to endure being bald and now many individuals opt for hair restoration through hair transplant surgery.

In the end, we all must be ourselves and do whatever makes us feel our best. No matter what we do with our lives, there will always be someone who will be critical of whatever we do.  Regardless of what others may say, do whatever makes you feel good about yourself.  As medical director of our US Hair Restoration centers, one of the most fulfilling parts of our work is the joy and happiness our family of patients share with us after surgery. Their renewed positive self-image and esteem profoundly affects their lives for the better.

Dealing with Side Effects of Hair Loss Treatments Rogaine (Minoxidil) and Propecia (Finasteride) Hair Transplant: Is it Safe to Remove Staples Earlier than Recommended?