Does The Grow Band Work For Hair Loss?

I recently saw an advertisement for a product called the grow band. The device is supposed to relieve tension from the scalp. Does this product actually stop hair loss? 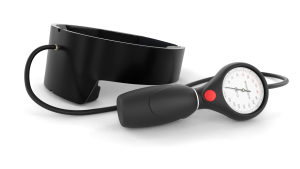 The GrowBand is a device that is being touted as the next big thing in treating genetic hair loss. In fact, the manufacturers of the GrowBand go so far as to make bold claims about the true cause of hereditary hair loss. According to the company that manufactures the GrowBand, conventional wisdom has it wrong. They claim that hair loss is not caused by DHT, but rather a reduction in blood supply and oxygen. According to them hair follicles require nutrients, minerals and oxygen to grow, which is delivered through the blood supply. They claim a decrease in blood supply reduces the nutrients a hair follicle receives, which they require to grow.

They claim that increasing blood flow will actually decrease DHT and slow, stop and even regrow hair. In addition, they claim that the scalp is a like the skin on a drum, as we age and the scalp grows the scalp becomes tighter and increases tension. Thus, reducing the blood supply to the scalp and causing hair loss. According to them, this is why the top of the scalp suffers from hair loss, as opposed to the sides and back of the scalp.

It is common knowledge that hormonal hair loss is caused by the androgen called DHT. DHT shrinks the hair follicles gradually until the hair follicles no longer grow. This process is called miniaturization or thinning. There have been no studies or clinical research that back the claims made by the manufacturers of the GrowBand. In fact, many of the hair loss myths that exist today are fueled by the same logic as the GrowBand.

Unfortunately, this device is not likely to treat genetic hair loss. While the idea that hair loss is caused by poor blood circulation and oxygen may convince some, the truth is there is no research or science behind the theory. If hair loss were truly caused by poor circulation, the majority of hair loss sufferers could simply hang upside down for several minutes a day and regrow their hair. To date, the only proven method to regrow hair on a completely bald scalp is through surgical hair restoration.

Written and published by,
Melvin- Editorial Assistant and Forum Co-Moderator for the Hair Transplant Network and The Coalition of Independent Hair Restoration Physicians

How Many Hair Transplants Can I Have Can CBD Oil Treat Hair Loss?